In this tutorial, we are actually going to play with some traditional Linux commands.

**We are using Terminal Emulator app which you can download from the Google play for free. **

If your device has root access, then you are lucky I think. Now we’re able to install BusyBox **in our device for getting some advanced Linux utilities. Those pieces are great out of the box. **

Anyway I already have it in my device.  But don’t worry,the commands that I’m about to write don’t necessarily need BusyBox to be installed.

Those are inbuilt utilities.

**
Ever used to think about a way which we would be able to list down details of users in our connection with a single command?** 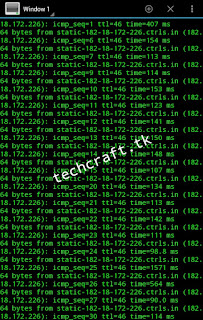 #PLEASE ENABLE YOUR DATA CONNECTION FOR GETTING BETTER RESULT. 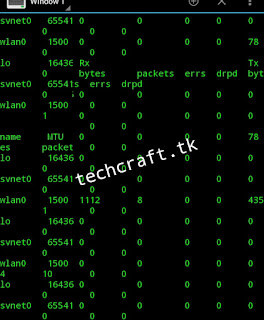 ’iftop’ is used to view the current bandwidth on a network interface. It listens to network traffic and flow of our interface and displays all the informations. 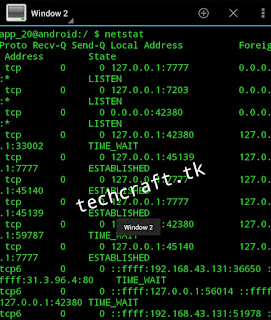 If you are a root user and a user who has sufficient privileges to monitor network bandwidth**;then i would rather you to allow** su permission by typing ‘su’.

The second command is df

By using df**, we can simply analyse the disk usage without going to any** apps.And i hope this command prompt will be an essential one. 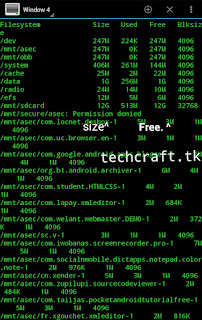 The ‘df’ command is one of the useful commands that i have found from the list.
Just go to terminal then** simply type ‘df’ to view all the information regarding your disk storage and memory **spaces.

It displays the size of every single app installed and the amount of cache&data will also be displayed.

3- Power off/restart [root]
Basically we turnoff/restart our device by using hardware keys.
But think if we can poweroff or restart by using commands? I know it would be nice.

For this operation just goto** our terminal and**** allow root permission first. Then type ‘poweroff’ to shutdown your device.**
If you are planning for a reboot; type ‘reboot’. 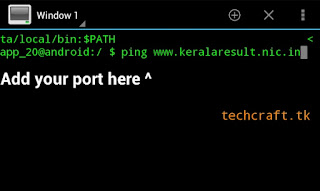 As usual the ping command is used for pinging a website to know whether the target is responding to our request for checking the availability**.This** **method can be also called as ‘**DDOS Attack’.
*checkout-Hack websites using CMD on windows. 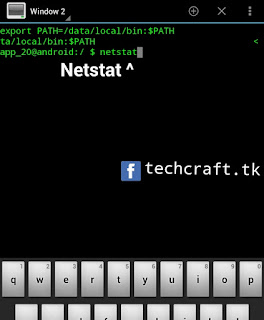 This command will bring the IP address of that website.For doing active ddos, t****here are some softwares** available for this.’LOIC,**XOIC’ are some examples among **them.We can also use terminal for this. **

Although there are many security measures to prevent these kinds of attacks,its still fun. But only if we have some bots;-)

But this kind of simple attacks can’t do anything.

All devices will have this command as inbuilt**.This**function will only work if you have root** access.So,first type**
‘su’
then after getting su permission,type

That’s it. The logs will be start displaying in your screen.

This is it for this article. Hope you guys found this helpful. I’m also deciding to write some more commands. So see you guys in my next article!