Here we’re going to discuss what is a ‘WebDav’ server and how you can implement a ‘WebDav’ server in your system too. Before starting let’s first have a look at what actually is WebDav. BTW, I’m not going to explain how wiki explains; but with my level of  knowledge ;-)

It uses the HTTP protocol itself. In simple words, its actually a replacement for a common http file server.

WebDAV server allows you to access the directories(files)  from a web browser. We can also edit documents within that server. That’s something cool. But the problem is that , we should need **Internet Explorer 4.0 Or higher version. **

Honestly,i don’t like ‘IE’ for many reasons. Anyway if you want some kind of editing and sorta stuff, you need it.

So let’s set it up in our Android device.

( Zip password: CYBERHUNK). But you should think buying the pro version and that would support the developer. 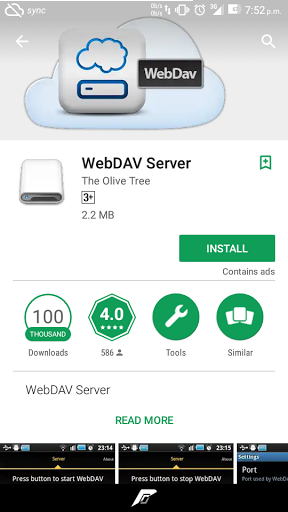 Well, things are now going to be straight forward from here. There’s no need for a set up actually. We just need to specify a port as per your choice. Then set Network** Interface to ’loopback’.**

Enable authentication if you need a password to login to your server. You can either enable or disable anonymous logins as well. 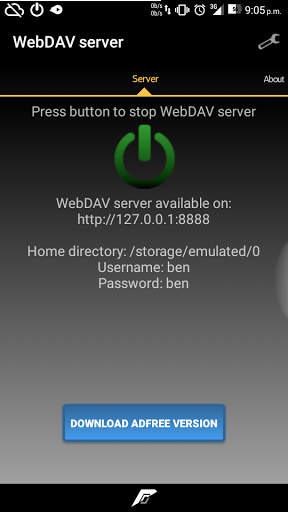 After that done. Just power on the server and connect to your server via a browser or through a WebDAV client.